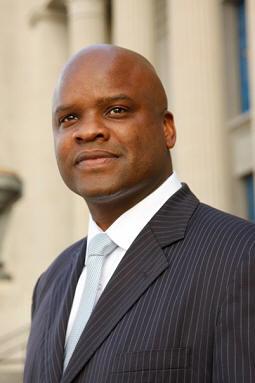 James Carter is a nationally recognized and accomplished civil trial attorney. He is a founding partner at James Carter & Associates, LLC law firm. He often states that he could never thank God enough for his Parents who gave him a solid foundation. James Carter is known for winning multi-million dollar results in cases that appear to have little to no value. Mr. Carter has tried to verdict, settled, and been associated with multiple high-value cases ranging from $1,000,000 to $70,000,000. His skillfully aggressive approach to the civil jury trial world gained him elite memberships into the Million Dollar Advocates Forum and Multi-Million Dollar Advocates Forum. In 2012 and 2016, New Orleans City Business Magazine recognized James Carter as a Leader in Law. He serves as faculty for the National Institute for Trial Advocacy (NITA) and The National Bar Association-Civil Trial Advocacy Boot Camp Program; he is a Civil Trial Litigation Adjunct Professor at Howard University School of Law and sits on the Howard University School of Law Board of Visitors. He also served as an Adjunct Trial Advocacy Professor at the Tulane University School of Law. Operating regularly as “High Stakes Counsel” when there are millions of dollars on the line, law firms throughout the United States hire Mr. Carter on their trial teams. In 2019, he received a prized certification in Mass-Tort Multi-District Litigation from the Bolch Judicial Institute at Duke University School of Law. The James Carter distinction is that he cares about his clients and fights for them from the depths of his heart.

Early in life, Mr. Carter recognized the misery associated with inequalities. Through that lens and with a desire to fight for humanitarian causes, he was blessed with the opportunity to in 1991 graduate from the prestigious Howard University as a Philosophy and Theater student. He would then go on to attend Howard University School of Law, where he obtained his Juris Doctor degree in 1997. During his time in law school, Mr. Carter was influenced by some of the greatest legal minds in American history: Charles Hamilton Houston, Pauline Murray, Thurgood Marshall, A.P. Tureaud, Spotswood Robinson, Johnnie Cochran, Jack Olender and many others. He embraced the famous words of the great former dean of Howard University School of Law-Charles Hamilton Houston who said a “lawyer is either a social engineer or a parasite on society.” Leaving Howard University School of Law understanding the importance of constitutional mastery and zealously applying its time-honored principles in the court system, James Carter was molded into the unyielding advocate he is today.

Armed with his freshly minted law degree in 1997, he immediately continued his community work by serving as the first director of the nationally acclaimed United States Department of Justice-New Orleans Weed and Seed Initiative. In 2001, Mr. Carter served as a Staff Trial Counsel for the Orleans Indigent Defenders Program, while garnering an impressive acquittal rate. Mr. Carter’s early trial experiences came in the gritty arena of criminal defense, and that experience illuminated his courage, fortified his toughness and showcased his talent as a formidable jury trial attorney.

After the devastation of Hurricane Katrina on August 29, 2005, he chose to take part in the rebuilding of his beloved community and city. He was elected as the second African American to serve as a New Orleans City Councilman in District C and on the first New Orleans City Council seated after the storm in 2006. From 2006 to 2010, as a Councilman, he played the lead legislative role in establishing the first City Charter mandated Division of the Independent Police Monitor to fight police brutality and misconduct. From 2010 to 2012, James Carter served as a Fellow with the VERA Institute of Justice and was given the VERA Institute Justice Award in 2009. In 2011, he was selected to serve as the first African-American Criminal Justice Commissioner in New Orleans’ history.

In 2013, James Carter published the timely article, Benefits of Having Diversity in Your Jury Practice, in the Louisiana Advocates journal, and in 2017, along with Dr. Danette O’Neal, he co-authored the book Money Matters 101: A Smart Money Guide for 18 and Beyond. Mr. Carter has lectured in Europe, Canada, Panama, Jamaica and across the United States. He is a participant in a multi-year study, at the University of Oxford (Oxford, England), Centre for the Resolution of Intractable Conflict, of leadership in divided communities. In 2007, he participated in the government of France Foreign Visitors Program.

James Carter is a philanthropist who has given so much to so many. More recently Mr. Carter established an endowed scholarship fund to benefit students who aspire to become lawyers. James Carter graduated from the storied McDonough # 35 College Preparatory Senior High School, and in 2018 was inducted into its Wall of Fame. He also serves on the board and graduated from the internationally renowned New Orleans Center for the Creative Arts, where he studied Theater. In fact, he appeared in the first season of the HBO Series Treme, which was set in post-Katrina New Orleans, and created by the same producer of the HBO Series The Wire. In 2019, he was appointed to the Multi-Cultural Media Correspondence Association, Advisory Board.

He is married to Rene Carter, and they have one child, Brice Carter.